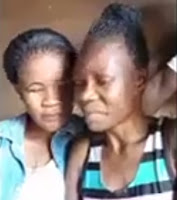 Tuesday, March 17, 2020 - Before Lady Maureen fell ill, she was one of the most celebrated Ohangla singers in Luo-land.

The talented singer had a massive following among Luos and most of her shows were sold out.

She also rubbed shoulders with who is who in the political circles in Western Kenya - including former Prime Minister Raila Odinga.

However, things turned south after she fell ill.

She has been in and out of hospital battling a chronic disease since 2015.

Her condition has worsened after she was recently discharged from hospital where she had been detained over unpaid bills.

Her ltest video shared online shows the sickly singer who looks emaciated predicting her death and crying for help.

We understand that she has banned Raila Odinga from attending her burial.

Lady Maureen campaigned for Raila and even composed campaign songs for him for free but he abandoned her after she fell sick.

Watch the shocking video of the former Ohangla singer and see how life is unpredictable.
The Kenyan DAILY POST