Shock as UHURU and RAILA hammer the last nail to MIGUNA’s coffin - See what they have ordered banks to do to him! He can’t even send money to his family in Kenya now - He didn't deserve this

Friday March 13, 2020 - Embattled lawyer, Miguna Miguna, has sensationally claimed that President Uhuru Kenyatta has instructed banks to block him from sending money electronically to his relatives in Kenya.

In a lengthy post on social media, Miguna revealed that since his deportation in 2018, he has found it difficult to send money to his family members in Kenya with the latest incident occurring on Wednesday, March 11th.

In the first incident, the Canadian based lawyer disclosed that he discovered he, together with his close associates, had been blocked from transacting on electronic money transfer systems.

“They have today blocked me and close associates from all electronic money transfer systems in Kenya.”

"But no matter what they do out of their cowardice and desperation, I wish to underline this to patriots, freedom fighters and revolutionaries: Miguna will never surrender," narrated Miguna.

On Thursday, Miguna brought to light yet another incident in which he sent money to one of his friends to service a car his wife had used.

Shortly after the funds were received, the friend received a notification that his account was blocked.

"This is the message PayPal sent to my friend after locking his account immediately he had received $200CAD to service the vehicle my wife used to attend her father's funeral in January 2020.” 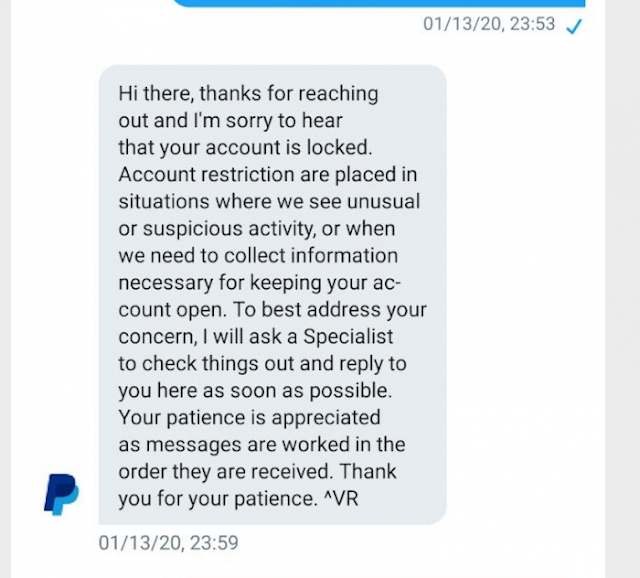 "My friend had only used his PayPal account twice in a span of two years.”

“He only bought two books on Amazon.”

“The only "suspicious" transaction, it would appear, was my $200CAD for the service of my vehicle which thhe Directorate of Criminal Investigations (DCI) and George Kinoti had attempted to impound earlier," he noted.

Further, Miguna blamed President Uhuru Kenyatta and former Prime Minister Raila Odinga for his family's hardship to access the funds claiming that they ordered the banks to blacklist him.

"I've just discovered that Uhuru Kenyatta is so desperate that he has blocked me from sending money to anyone including my relatives, friends or caretakers in Kenya," he added.