Malipo ni hapa duniani - SHOCK as it emerges that ailing Luo singer, LADY MAUREEN, used to treat her late dad like a dog when she was a star

Tuesday, March 17, 2020 - Details of how ailing Luo singer, Lady Maureen, used to mistreat her late dad when she was a star have emerged.

The ailing singer, who has predicted her death and banned Raila Odinga from attending her burial, refused to visit her late dad when he was admitted in hospital, claiming that she was too busy with shows.

According to reports, there is a time her dad came to greet her while she was getting ready to perform in a night club upcountry but she refused to meet him.

When her dad died, she didn’t take part in funeral arrangements and even during the burial, she arrived late, claiming that she had missed a flight from Mombasa where she was performing.

The former celebrated singer currently depends on well-wishers after her family disowned her.

See social media reports on how she used to mistreat her late dad when she was a star. 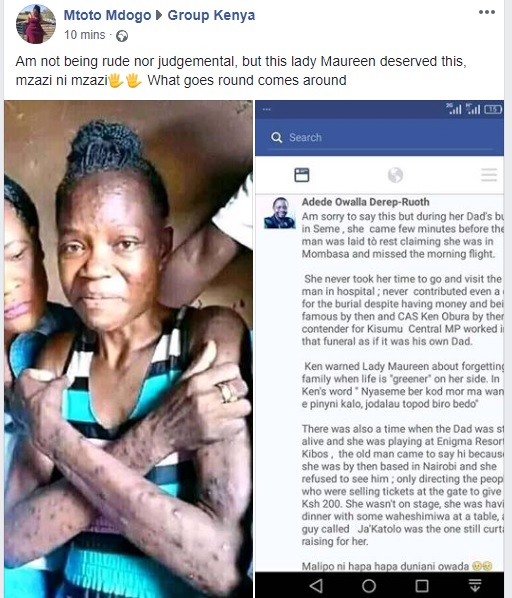 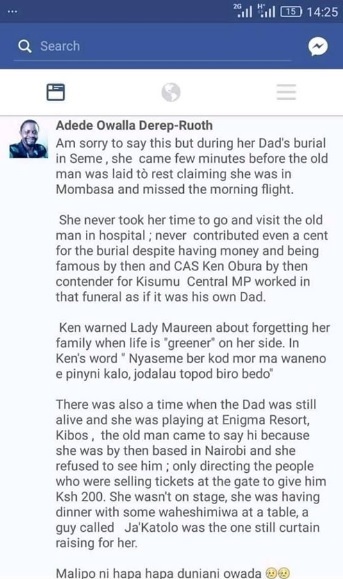