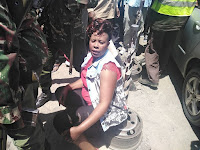 Sunday, March 15, 2020 - A notorious conwoman who is part of a gang that has been terrorizing residents of Nakuru has finally been nabbed.

The woman, together with her accomplices, drugged a young Sudanese lady and robbed her Ksh 16,000 and a phone.

However, it’s was not a lucky day for the woman after angry residents of Nakuru who were outside Family Bank where the incident happened nabbed her.

According to reports, she followed her victim (together with her crew) from the bank after she saw her withdrawing money and drugged her.


Her accomplices managed to escape but the shameless conwoman was cornered and almost given a dog’s beating before cops came to her rescue.

She returned the phone and the money after the mob threatened to lynch her.

It’s said that the woman and her accomplices, who escaped, normally camp outside banks to prey on their victims.

See photo and videos of the notorious conwoman. 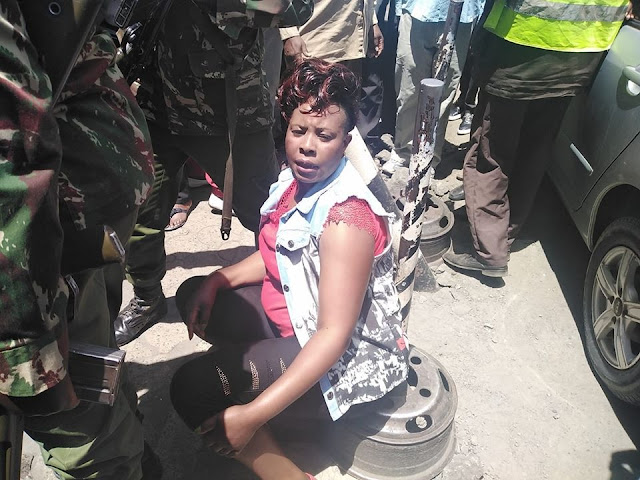