“I don’t want barren women in my family,” my mother-in-law told my husband to chase me away because I could not have children 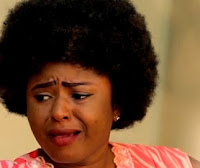 My name is Anne and I got married to my husband two years ago. My husband and I were very much in love with each other and he had made every promise that he would not abandon me.

After our marriage, we started trying making babies to make our family complete since we all had parental dreams that we wanted to pursue. Six months after marriage, I could not fall pregnant and though my husband told me not to worry, I was becoming anxious because we having sex at the right time of the month and yet I could not get pregnant.

Few months later, we decided to see a doctor so that we could determine what was going on. After the doctors ran some tests, he gave us bad news by telling us that my womb was deformed and could not carry a baby to full term. I still remember the way I broke down in the hospital and  cried.

My dreams to be a mother had just vanished like that into thin air and all I could was cry. My husband was however very understanding to me and told me that he would stick to me through thick and thin. Unfortunately, his mother came to our home a few days later and demanded to know why we had not had children. My husband explained to her the situation and she burst out in anger.

“I don’t want barren women in my family! If she cannot have children, chase her away and marry another woman,” she screamed while telling my husband. I was so hurt by her words and I therefore went online to seek for a qualified doctor to treat my condition.

I found a testimonial about a traditional herbalist whose name was Doctor Mugwenu. I called him and narrated to him my predicament and he asked me to see him in the day that followed. After meeting him, he gave me some herbs to take and concoction to drink and told me that his medication worked speedily.

True to his words, I got pregnant in less than two weeks than sand right now, I am eight months pregnant and I cannot wait to hold my baby next month.