Wednesday March 11, 2020 - State House Chief of Staff, Nzioka Waita, seems to be among those opposed to the Building Bridges Initiative going by how he celebrated after lawyer Miguna Miguna blasted Central Organisation of Trade Unions (COTU) Secretary General, Miguna Miguna.

Miguna Miguna, who is in exile in Canada, asked Atwoli to take care of his failing health instead of shouting during BBI rallies.

Miguna promised to bring adult diapers from Canada to give to Atwoli who has an infection that leads him to urinate himself.

“Francis Atwoli, take care of your failing health instead of worsening it at the #BBIFraud rallies. I undertake to bring for you modern and effective ADULT DIAPERS from@costcocanadaif you remind Despot Uhuru Kenyatta to obey court orders and withdraw the RED ALERTS,” Miguna said.

Immediately after Miguna wrote this message, Waita liked the tweet and this was interpreted to mean that he is tired of the BBI nonsense. 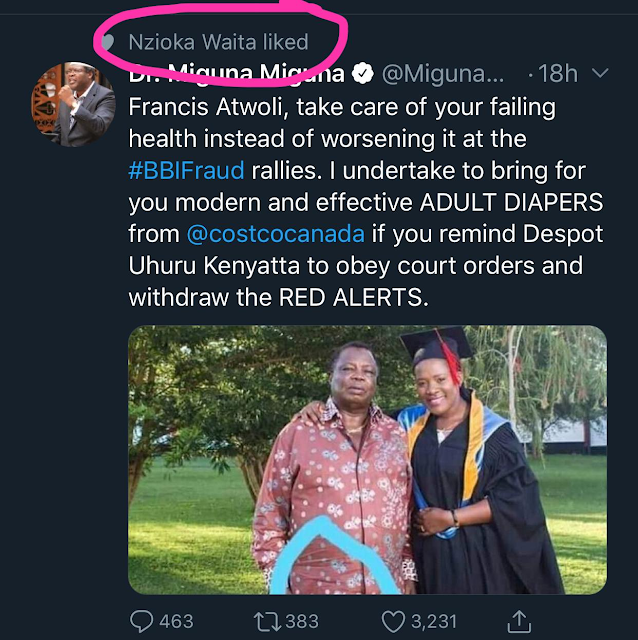