Check out our tips on Derby v Manchester United FA Cup clash and 5 games played today where you can make easy money! 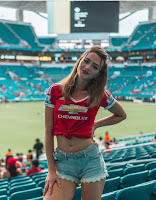 Thursday, March 5, 2020 - A place in the FA Cup quarter-finals will be at stake when Derby County host 12 time Champions Manchester United at the Pride Park Stadium tonight.

On the other hand, Derby are currently 13th in the Championship but have been producing fine displays in the second half of the season.

The Red Devils have won their last eight FA Cup ties against Derby, and will be aiming to build upon their impressive run of form in front of a sell-out crowd at Pride Park.

We expect the Rams to go all out against the Red Devils but we're going for a narrow victory for Solskjaer's men.