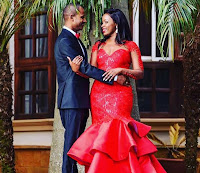 Tuesday March 10, 2020 - Embakasi East MP, Babu Owino, who is facing an attempted murder case, is facing another charge that may send him to jail for many years.

On Tuesday, Babu through his lawyers made an application before a Nairobi Court asking the court to bar police from arresting him over robbery with violence case.

In his suit papers, Owino says Bernard Omondi Ogoji lodged a complaint against him at Kileleshwa Police Station and the Central Police Station in August 2015.

The court papers, however, recorded that the two complaints were withdrawn by the complainant in the presence of an Investigating Officer on August 12, 2015.

In his application, Owino says that the complainant has started making attempts to have the complaint that he willfully withdrew, re-opened if he is not paid an unspecified amount of money.

Babu says that if the matter is re-opened, it will subject him to public ridicule and unnecessary media attention.

Babu, who was elected on an ODM ticket, is facing another case where he was charged with attempting to kill a Nairobi DJ with a gun after an altercation inside a pub in Kilimani.