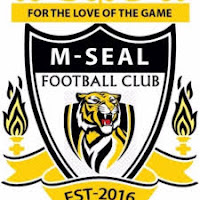 Saturday February 8, 2020 - The management of Muranga Seals Football Club has said that the club will not honour the late former President Daniel Moi with a minute of silence when they face Bidco United this Sunday in Thika.

In a memo on Friday, the Federation of Kenya Football requested that all teams observe a minute of silence before kick-off in honour of Kenya’s longest-serving President.

But in a rejoinder, the club wrote back giving reasons why they will not heed that call, one being that during Moi’s reign, Murang'a suffered economically.
“Unfortunately most of us from Murang’a that lived through President Moi’s presidency, do not consider him deserving of any respect."

"President Moi destroyed Murang’a economy and its inhabitants,’’ the club said in a statement.

“We shall never forget and never forgive President Moi for what he and his Government did to our famous sons, Kenneth Matiba and Charles Rubia,” part of the statement read.

Instead, the club will mourn with the families of the 14 pupils who died in Kakamega and relatives of those who suffered under Moi's dictatorial rule.