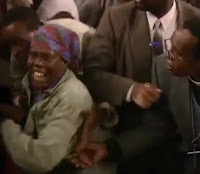 Among Moi’s many victims is veteran human rights activist and politician, Koigi Wamwere.

Koigi was tortured in the infamous Nyayo Chambers and sent to Kamiti Maximum Prison for nine years.

While Koigi was awarded Sh12 million in damages for the suffering he underwent in detention in 1975 and 1982, he has found it hard to forgive Moi even in death.

“Remember nobody will lock you in prison for that long without giving you an opportunity to explain yourself and still be your friend."

“That is unforgivable” stated Koigi.

This video showing the moment Koigi was sent to jail may explain why he has refused to forgive Mzee Moi.

The sight of Koigi’s mum breaking down in court after the unjust sentencing will make you cry.