Raila, who is among leaders who suffered greatly during Moi’s tyrannical rule, described him as a freedom fighter who was among the first Kenyans to be appointed to the Legislative Council of Kenya (Legco).
While viewing the body, Raila took off his hat and gently waved a black fly whisk twice over Moi’s body. 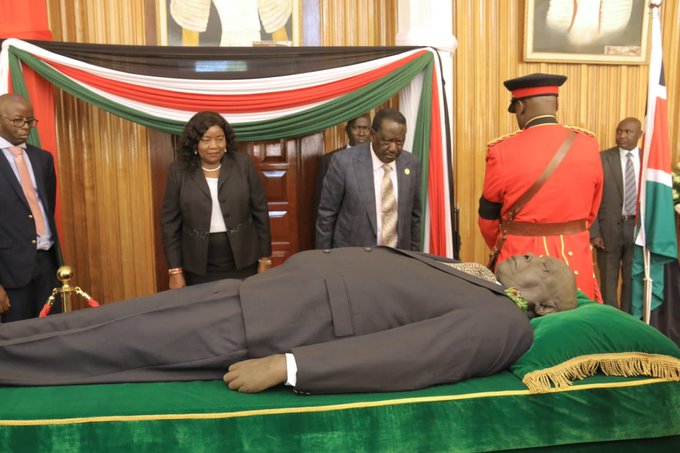 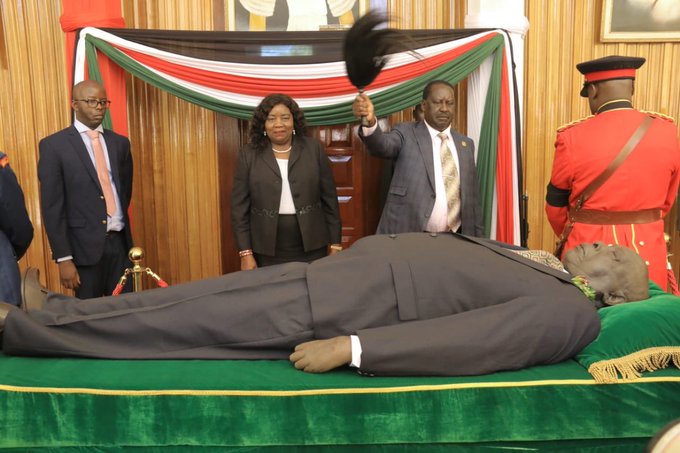