She’s an absentee mother who goes for 5 days partying without seeing her daughter - Slay Queen anchor, BETTY KYALLO, exposed badly by her househelp 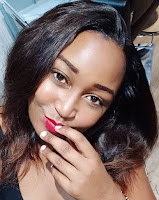 Betty claimed that despite paying the househelp Ksh 18,000 per month, she went ahead and stole from her.

The househelp identified as Consolata Wawira, has reiterated back after Betty accused her of theft and spilled dirt on the decorated TV anchor.

She exposed the popular anchor as an absentee mum who doesn’t take care of her little daughter, Ivanna.

According to Caroline, she was hired by the TV girl in May 2019 after her daughter left the ICU and since then, she has always taken care of the little girl.

She denied claims that she stole from Betty Kyallo and narrated how Betty left her with the kid without any shopping in the house, forcing her to use her own money to buy basic items.

The househelp also revealed that Betty is an absentee mum although she pretends to be a very responsible mother on Instagram.

According to Coonslata, Betty leaves the house on Friday night and comes back home 5 days later.

"She does not come home more often.”

“When she leaves on Fridays, she comes back on Wednesdays," claims the nanny who was fired by the anchor on Tuesday February 4th.

The househelp also revealed that Betty Kyallo falsely accused her of theft to kick her out without paying her salary.

She further said that the anchor had not paid her December salary in full and when she fired her on Tuesday, she did not pay her even a single coin.

The househelp feels betrayed because she has been taking care of the anchor’s sickly kid when she is busy partying.

She was even taking the little girl for therapy at Nairobi Hospital alone and despite being a good employee, the controversial anchor fired her on Tuesday and tainted her image on social media after accusing her falsely of theft.