Thursday, February 13, 2020 - Four Chinese nationals running a restaurant in Nairobi’s Kileleshwa suburb were recently arrested after a video emerged showing one of them caning a Kenyan employee for allegedly reporting to work late.

Matiangi's order came on a day when the courts sent the four to remand for 15 more days after they had already been held for three days to allow for police investigations.


This is after it emerged that some of them had expired visas.

However, how they were treated after the arrest by DCI detectives have left tongues wagging.
From photos going viral on social media, the four were staffed in the boot of the DCI car as they were being ferried to the nearest police station.

Some Kenyans reckon that they didn’t deserve the inhumane treatment regardless of their wrongdoing.

See the photos and reactions below. 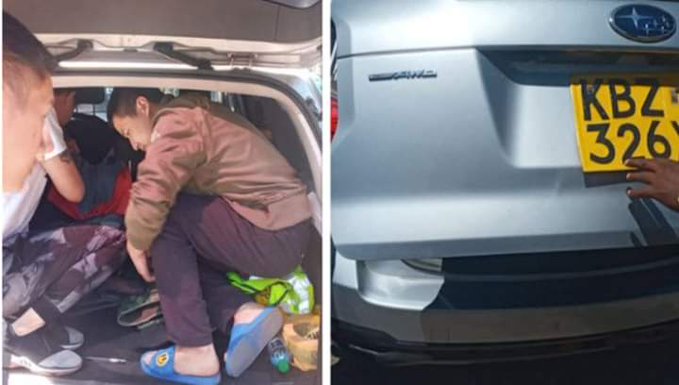 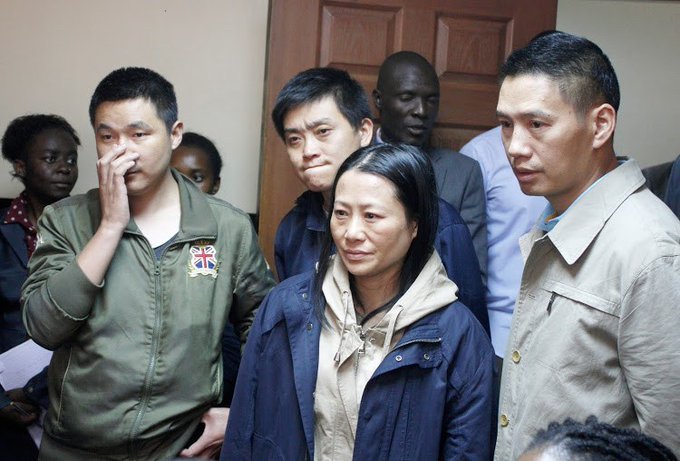 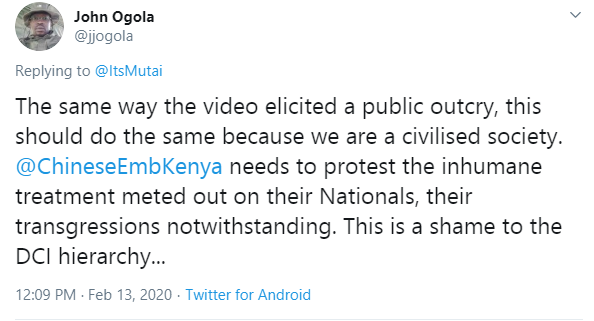