Rwandan Gospel singer KIZITO MIHIGO did not commit suicide, he was tortured and murdered - KAGAME is worse than Hitler (PHOTO)

KIzito, 38, was arrested in 2014 and charged with plotting to kill President Kagame and top Government leaders.

The musician was arrested on Friday last week, a day after he had been intercepted on his way to Burundi through a porous border and was being held in solitary confinement at the Rwanda Investigative Bureau (RIB) Station in Remera in the capital Kigali, where he allegedly committed suicide.

A statement from RIB read:

“He was found hanging by an officer in the morning on Monday.”

“He used the bed sheets that he was sleeping on to hang himself.”

A photo has emerged showing the singer lying in a cell with his hands tied on his back, an indication that he was tortured and murdered and the suicide theory is just a cover-up.

Kizito is the latest victim in a long list of Rwandans who have died mysteriously for criticizing Kagame.

See the heartbreaking photo below. 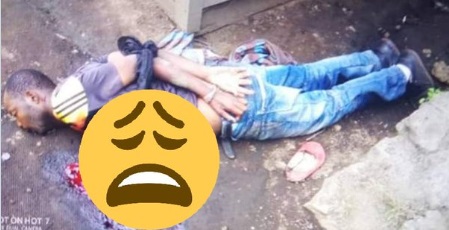 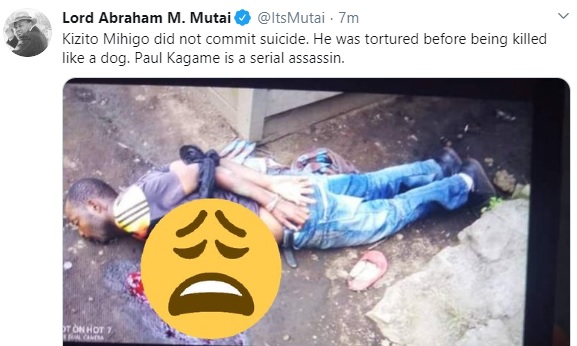