Was RUTO’s officer murdered in cold blood? DCI finally determine the cause Sergeant KIPYEGON KENEI's death - Some people are going down for this like it or not 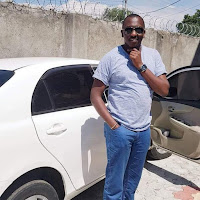 Monday February 24, 2020 - The mysterious circumstances surrounding the death of Sergeant Kipyegon Kenei have left the investigators, who are trying to establish the cause of the officer's death, baffled.

The sergeant, who was part of the security detail attached to DP Ruto's office in Harambee House Annex, was found dead on Thursday, February 20, 2020.

DCI detectives have, since then, been pursuing any leads that may result in the arrest of suspects implicated in Kenei's death.

A source from DCI revealed that the writing on the suicide note allegedly penned by the officer did not match the handwriting in his notebook.

The alleged suicide note which read "Call my cousin Ben and brother" had been relied upon to arrive at the initial cause of death as suicide.

The officers will continue their search for clues using ballistic tests on the Jericho pistol and the cartridges found in the officer's home to determine whether the gun was used to kill the officer.

Kenei's phone data will also be analyzed in the investigations as well as his personal belongings and swabs from his house.