Tuesday, February 11, 2020 - ODM leader, Raila Odinga, is under siege from a section of Kenyans over his flowery tribute to the late former President Daniel Arap Moi.

Raila, accompanied by his wife Ida, and son, Junior, paid his last respects to Mzee Moi on Monday at Parliament Buildings where his body was lying in state.

After viewing Moi’s body, Raila, who is among leaders who suffered greatly during Moi’s tyrannical rule, described him as a freedom fighter and wished that his soul rests in eternal peace.

“Moi was a freedom fighter who proceeded to do much for our country. May He Rest In Eternal Peace!” Raila posted on twitter.
His flowery tribute did not go down well with a section of Kenyans who accused Raila of re-writing history. 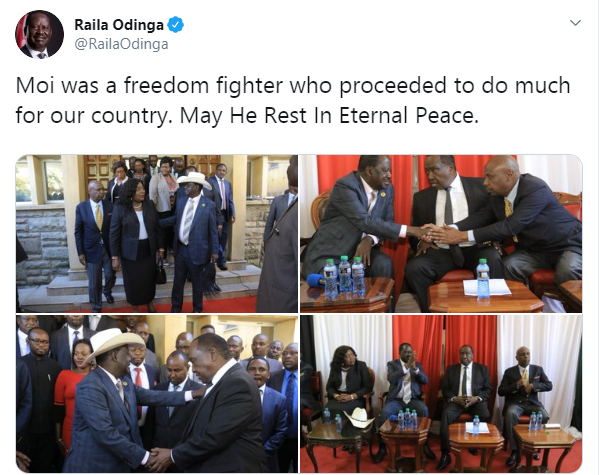