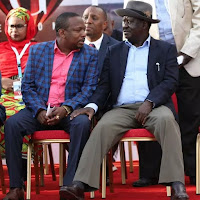 Nairobi MCAs are planning to impeach Sonko over a corruption case where he is charged with embezzling Sh 357 million in a garbage tender.

In the tender, Sonko is said to have demanded a kickback of Sh 20 million.

On Wednesday, a letter emerged of Raila Odinga through Nairobi ODM chairman, George Aladwa, telling Nairobi ODM MCAs not to support the impeachment of Sonko.

"I have been directed by the party leader to advice Honorable Members that the party is not supporting the move," Aladwa stated.

Aladwa said that there have been allegations that ODM party members support Sonko's impeachment.’

But speaking on Wednesday ODM Secretary-General, Edwin Sifuna, dismissed the claim and said that the party cannot impose any directive on its members.

See the two notifications below 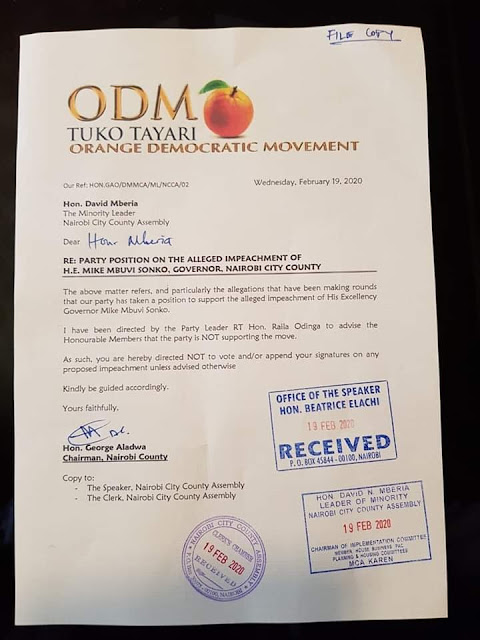 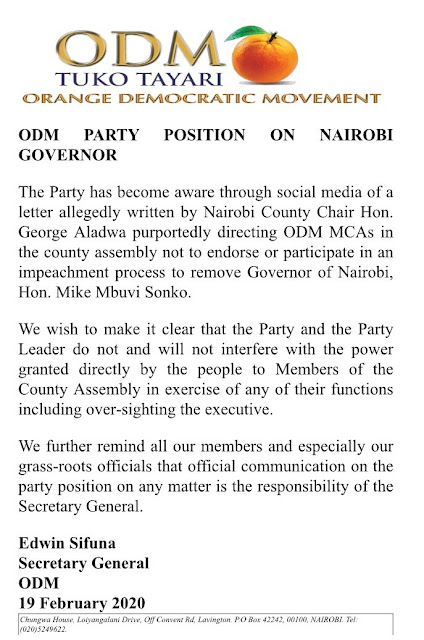