Monday, February 3, 2020 - Gatundu South MP, Moses Kuria, was roughed up and nearly assaulted on Saturday during the BBI rally in Kitui.

However, one burly guy came to his rescue and escorted the controversial legislator to safety.

That guy is Billy Arocho Otungu, who is President Uhuru’s long-time friend who also doubled up as his bouncer during the campaigns.

In the 2013- 2017 election, Arocho was a common face in President Kenyatta’s convoy.

In 2015, Arocho was appointed as Director of Athi Water Services Board and in 2017, he was nominated as a Member of County Assembly (MCA), Nairobi County.

Speaking about the incident, Arocho said that while he disagrees with Kuria’s approach, he couldn’t stand and watch as he was being roughed up.

“I personally often disagree sharply on most of Hon Kuria’s way of articulating national issues but I could never see any VIP regardless of political affiliations being mishandled the way this almost turning into #AniWuoJomopodpekndi,” Billy posted.

See his photos below. 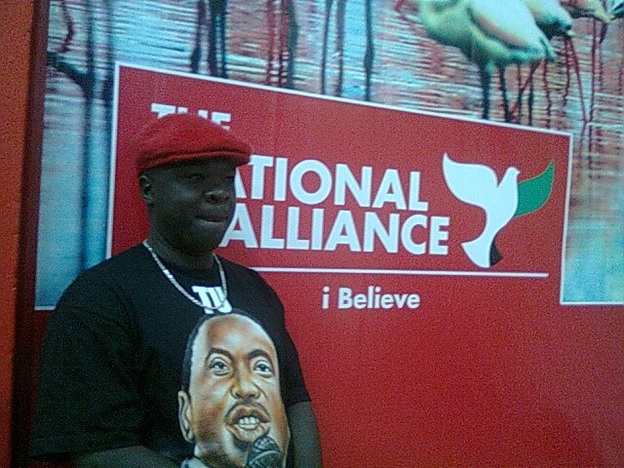 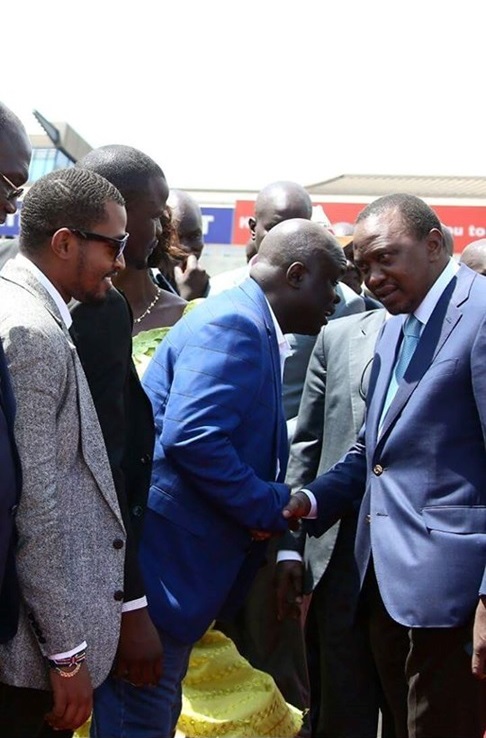 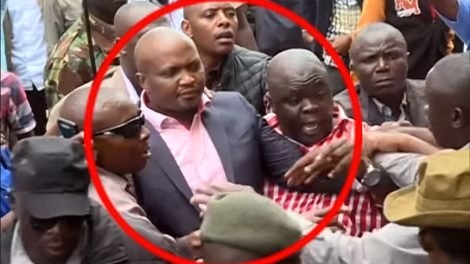 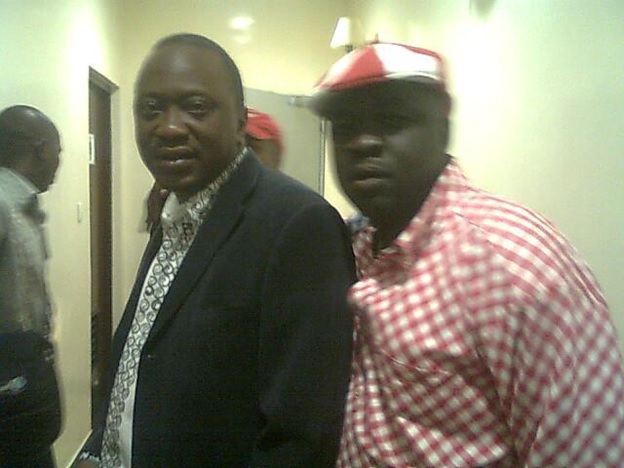