Police say Gospel Singer PAPA DENNIS jumped to his death from the 7th floor due to depression! 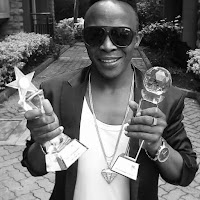 Saturday, February 8, 2020 - Popular Kenyan gospel singer Dennis Mwangi alias Papa Dennis committed suicide by jumping from the 7th floor of an apartment due to depression according to the police report.

The flamboyant singer was in a studio session at Nairobi Records, owned by producer Mash Mjukuu, when he allegedly stormed out of the room and rushed to the 7th floor of the Pangani building from where he fell and died on the spot.

“Dennis Mwangi alias Papa Dennis fell from Kirima building in Pangani area of Ngara at around 2330 hrs."
The late singer’s brother, Simon Mwangi, made the report at 1:30 am after his body was moved to City mortuary.

Police have cited suicide due to depression as the cause of death.

The police report cites the cause of death to be suicidal due to depression.

Veteran Gospel singer, Daddy Owen, who was among the first ones to arrive at the scene took to twitter to break the tragic news.

“When I 1st heard about his passing I rushed to the scene just to confirm its true... reaching I found like only 4 people there n they pointed at a lifeless body which I had to confirm is Papa Dennis."