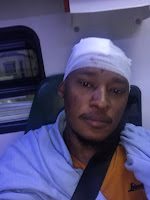 Sunday, February 16, 2020 - An openly gay Kenyan man claims that he was attacked by fellow Kenyans in London over his sexuality.

Taking to twitter, the man by the handle @SirLV, shared photos of himself in an ambulance with his clothes soaked in blood from the attack.

His head was also covered with a bandage - an indication that he was bleeding from his head.

“I got attacked by fellow Kenyans in London for being Gay. Now headed to the hospital #staysafe” he posted.

However, some Kenyans don’t feel sorry for him from the comments left on his post.
In May this year, the National Gay and Lesbian Human Rights Commission (NGLHRC), petitioned the High Court to repeal sections of the Penal Code that criminalizes gay sex but their petition was thrown out.

See his photos below. 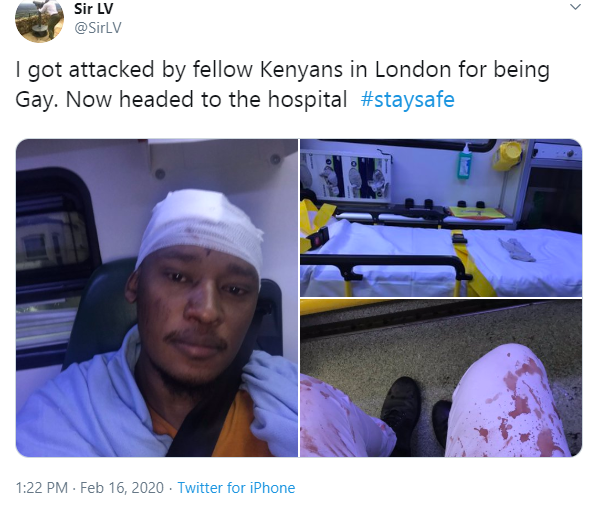