Wednesday, February 5, 2020 - The late President Daniel Arap Moi has been described as a ruthless rapist.

A social media user narrated how Moi raped his dad’s boss’ wife countless times and the helpless man couldn’t do anything because of the power that the late President wielded.

The former President, who ruled with an iron fist, would frequent the man’s house and station his bodyguards outside the house and then rape his wife.

When he was fed up with the former President’s randy behaviours, he informed a group of friends what the late dictator, who died on Monday, was doing to his wife and the next day, he was picked up by Moi’s powerful men and went missing thereafter.

He was tortured for days and then dumped half dead.

Moi’s men reportedly tortured him and reduced him to a cripple.

The late President has also been accused of raping school principals and young teachers.

Follow this thread that exposes the late President’s dirt even as the Kenyan media tries to sanctify him. 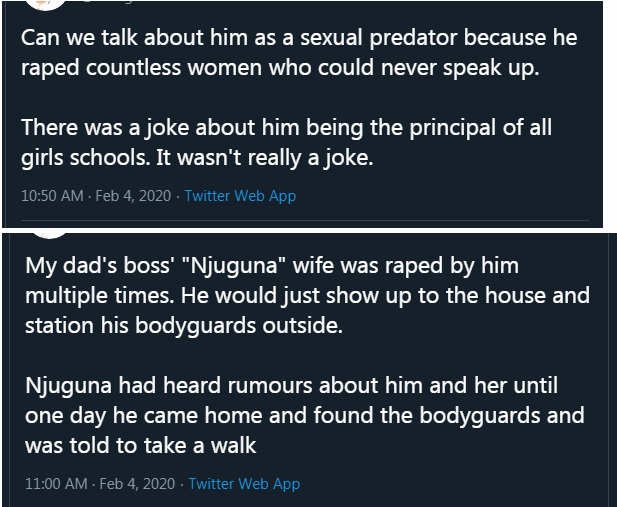 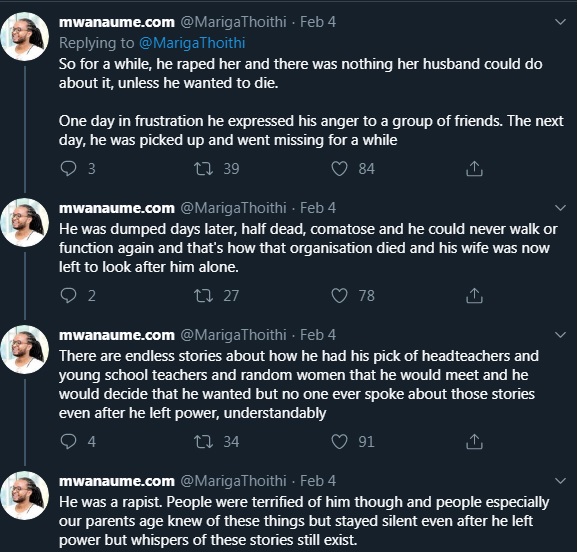