MIGUNA MIGUNA is on RUTO’s payroll, see how he defended him over Sergeant KENEI’s murder - The General is also a greedy hyena like RAILA ODINGA 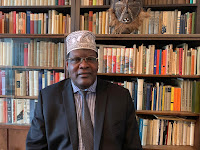 Kenei, 33, was at the Harambee House Annex in Nairobi the day Mr. Echesa visited and was later arrested over a fake Sh40 billion military equipment tender.

Kenei, who was a security officer based at Ruto’s office was found dead in a house in Imara Daima and according to a preliminary police report, the officer might have committed suicide.

“The bullet exited through the head and hit the ceiling."

"Beside the body was a Jericho pistol loaded with 11 rounds of ammunition," the police report says.

"Also, one spent cartridge was recovered from the house."

"It is suspected that the officer committed suicide."

"A note bearing the words ‘call my cousin Ben’ was recovered inside the house."

However, despite a report showing Kipyegon committed suicide, Miguna said the Building Bridges Initiative (BBI) hecklers and busybodies will try to link Ruto to the death.

“When @DCI_Kenya officers controlled by Despot Uhuru Kenyatta via @FredMatiangi and Karanja Kibicho QUICKLY rule that the SUSPICIOUS death of Sgt. Kipyegon Kenei is SUICIDE yet the programmed #BBIFraud robots still shout @WilliamsRuto, then one knows that the SHIT has hit the fan,” Miguna said.