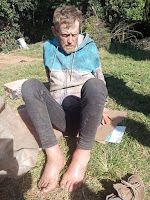 Monday, February 10, 2020 - A white man was seen loitering outside Safari Park Hotel looking disturbed after all his belongings were stolen by slay queens.

The mzungu, who is said to be a tourist,  messed with Nairobi slay queens and ended up in the streets without anything after all his money and other valuables were stolen.

His feet were swollen, indicating that he had walked for a long distance before he camped outside the posh hotel.

He was pleading with the public to help him contact his embassy to facilitate his return to his motherland.

Someone should have warned him about Kenyan women before he jetted in. 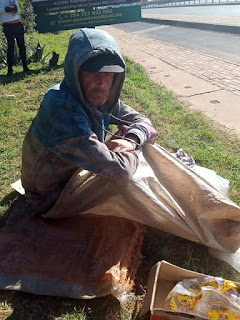 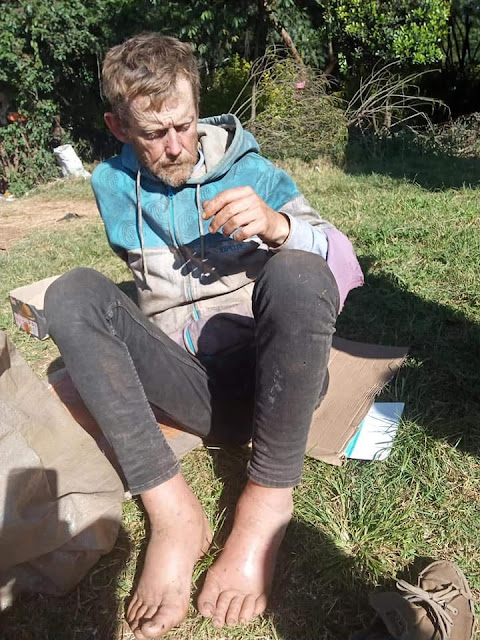 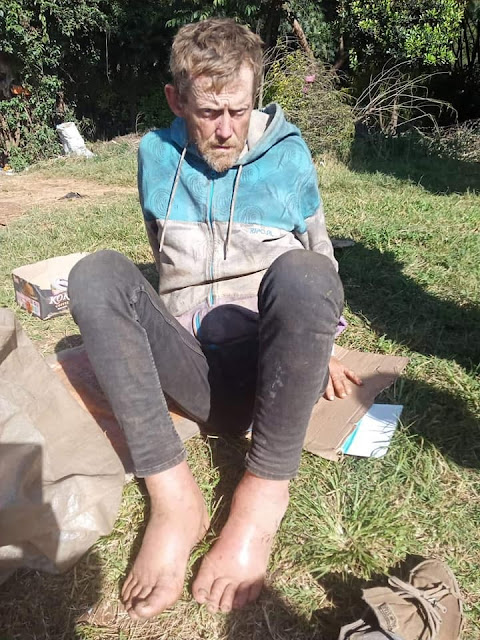