Kenyan surgeons can kill you! ESTHER PASSARIS says as she reveals why she opted to seek treatment in India! (LOOK)

Thursday, February 13, 2020 - Nairobi Women Representative, Esther Passaris, was recently on the receiving end from Kenyans after she underwent spinal surgery in India.

The outspoken lawmaker has now revealed that she lost faith in surgeons in Kenya after a close friend of hers, who was suffering from a similar condition, ended up being crippled after undergoing surgery at a hospital in the country.
Passaris went on to say that surgeons in Kenya, even the best of the lot, take their patients for granted and she didn’t want to put her life on the line.

Passaris revealed that had been having severe back pains dating back to 20 years ago when she gave birth and the pain made her miss doing a lot, including working out in a gym. 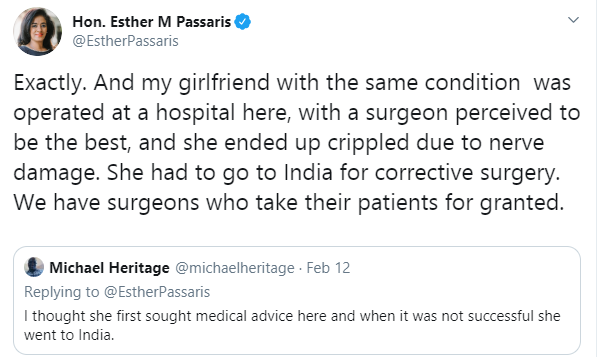