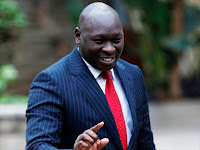 Wednesday, February 5, 2020 - Cherangany MP, Joshua Kutuny, is once again on the news after he threatened a lady who sought child support at his home in Karen.

The incident happened on Tuesday night where the lady identified as Joyline Chemutai camped at the MP’s gate demanding child support.

Police on patrol heard screams from the lady who was shouting that she was being killed by Kutuny, who was once President Uhuru Kenyatta’s Political Advisor.

Kutuny, who was holding a semi-automatic pistol, threatened to shoot the lady but officers who were on patrol restored calm by shooting in the air.

Kutuny is among political turncoats who have been drumming up support for the Building Bridges Initiative (BBI) in Nairobi and they have neglected their constituents back home.

The case was reported at Hardy Police Station as captured below 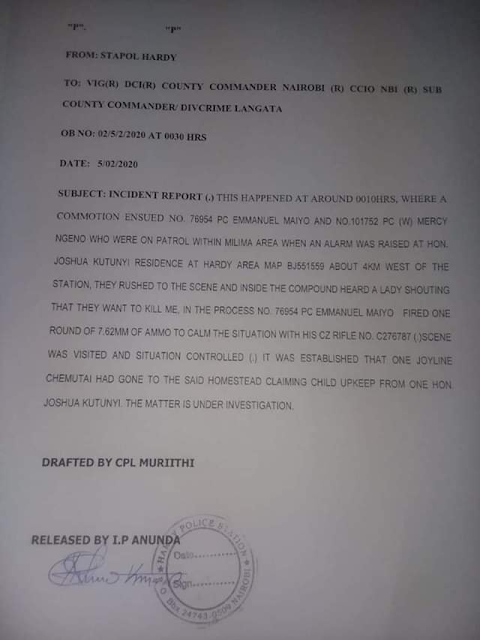