I had SEX with a KQ pilot in her apartment - Mam brags and shares PHOTOs as evidence but Netizens don’t believe she’s a pilot because of her cheap underwear.

Tuesday, February 25, 2020 - There was a heated argument on Kenya Talk – a popular online forum where Kenyan men flock to pour their hearts out and brag about their sex escapades, after a man posted a photo claiming that he had sex with a lady who is a pilot at Kenya Airways.

He advised men to stop having sex with low quality women and further bragged that he had sex with the pilot at her apartment.

He posted a photo of the lady whom he claims is a pilot lying naked in bed as evidence and what followed was a heated argument as fellow men trolled him badly, claiming that there’s no way a lady who works as a pilot can wear such a cheap underwear.

Others trolled the lady’s feet, claiming that they look like those of a maid.

Others noted that the house looks like a bedsitter and wondered how a pilot can live such a low quality life.

See what the guy posted to brag and the comments that followed, Eh! Eh! 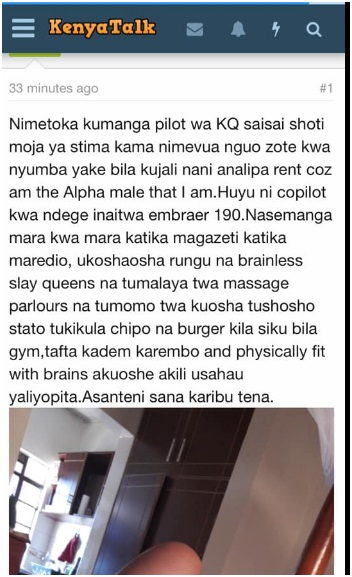 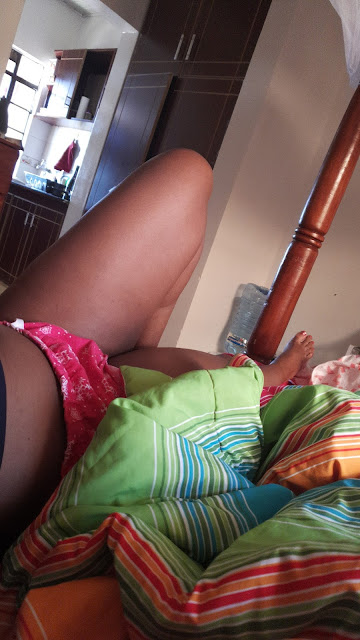 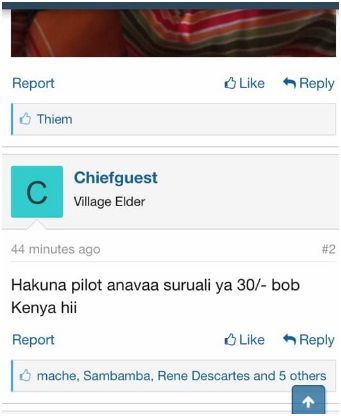 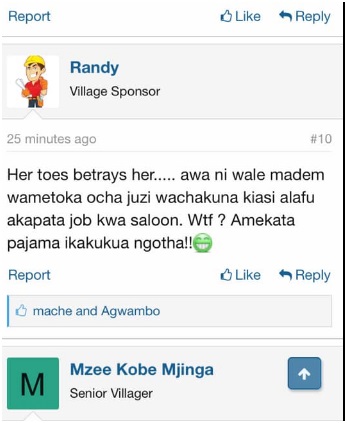 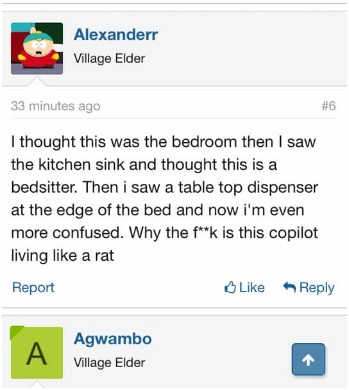 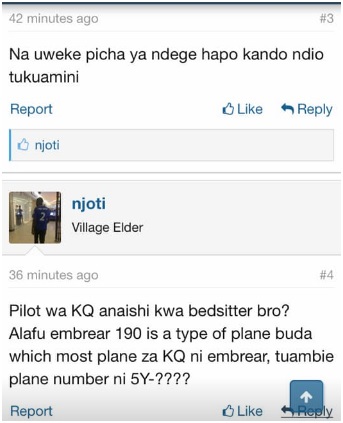