Monday, February 10, 2020 - Nairobi Women Representative, Esther Passaris, has shared a throwback photo of herself with late former President Daniel Arap to prove that they had a close relationship.

This comes after a social media user accused Passaris of using Moi’s death to look for cheap publicity by claiming that it is Moi who bought for her, her first phone and that he used to call her personally.

Passaris also revealed that she worked for Moi in the 1997 elections where she was given a multi-million tender to supply campaign t-shirts.

She also revealed that Moi invited her to his inauguration after he won the 1997 election.
“I got my first mobile phone from late former President Moi,” she said.

"He would talk to me when he wanted stuff and he felt there was a lot of pressure getting the t-shirts out."

“It was the first time campaigns were really competitive and at one point they couldn’t get hold of me,” recounted Passaris.

However, some Kenyans felt like she was lying given that Moi was known to be unapproachable.

To prove her point, she shared a photo of herself sharing a light moment with the late former President.

See the posts and photo below. 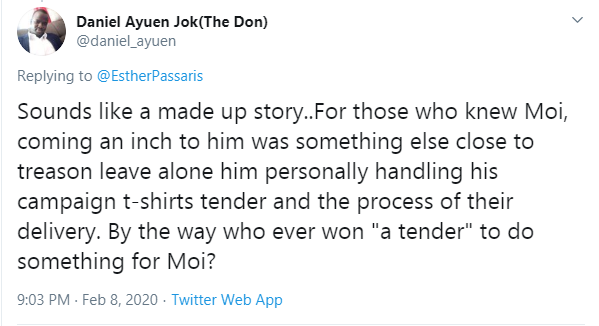 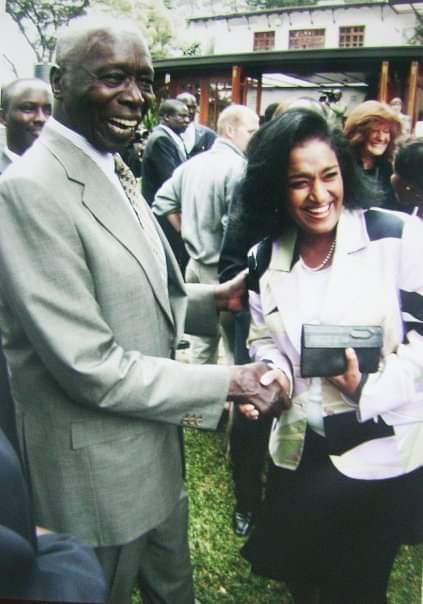