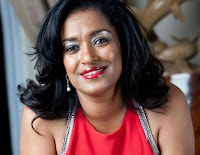 Speaking at Parliament Buildings where Kenyans were viewing the body of Mzee Moi, Passaris revealed that it is the late former President who got her, her first mobile phone in 1997.

She went on to reveal that Mzee Moi called her personally to give her a message of condolence when she had a miscarriage.

“I got my first mobile phone from late former President Moi,” she said.
Passaris worked for Moi in the 1997 campaign where she got a tender to supply t-shirts.

"He would talk to me when he wanted stuff and he felt there was a lot of pressure getting the t-shirts out."

“It was the first time campaigns were really competitive and at one point they couldn’t get hold of me,” recounted Passaris.

That is when Moi sent one of his staff to give Passaris a mobile phone for easier communication.

Passaris also revealed how Moi intervened to have her money for the t-shirts released.

“They held my money, they didn’t pay me."

"That was half of my money, four, five million and he got to hear about it."

"He called me and ordered the money to be paid to me immediately,” she added.

Moi, who ruled Kenya for 24 years, invited Passaris and her mother to his inauguration when he won the 1997 election.

“He invited me for his inauguration after he won and he said who you would like to bring and I said my mother and he goes 'fine' to give her an invitation,” said Passaris.