Sunday, February 16, 2020 - A drunk driver died in a horrific crash on Sunday morning along Lang'ata Road.

The deceased, who has been identified as Kelvin Rono, met his death after the Mercedes Benz E350 car with registration number KCX 734B he was driving, veered off the road after losing control, rammed into a wall before bursting into flames.

Confirming the accident, Langata Sub-County Deputy Commander, Jason Samburumo, said the deceased was drunk when the accident happened.
“According to witnesses, that the driver ignored pleas that he should not drive because he was drunk … they said he got into the car and sped off,” said Samburumo

“When the deceased got near a steep bend at Sunshine Secondary School, he lost control and ploughed into a section of the Wilson Airport perimeter fence. It then rolled severally after which the front part of the vehicle burst into flames,” Samburumo explained.

His body was moved to City Mortuary. 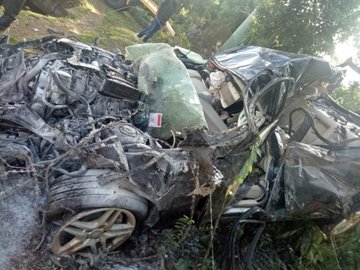 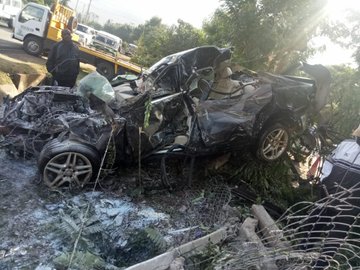 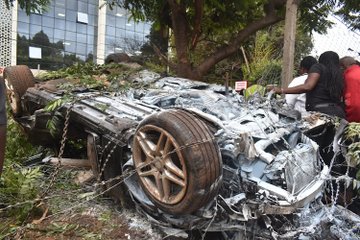 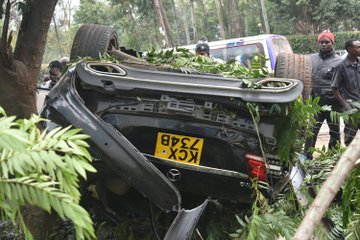 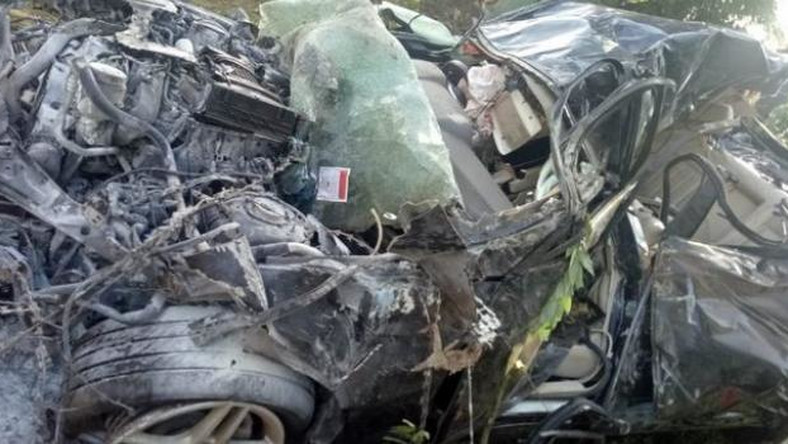