DRAMA as University of Nairobi student identified as BOAZ , is caught in the act having SEX with someone’s wife! Part 2 of the dramatic video has emerged and the internet is going crazy. 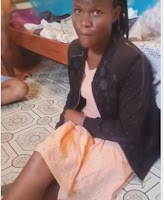 Tuesday, February 25, 2020 - A video of a campus student who was caught in the act having sex with someone’s wife has taken social media by storm.

The student who is said be from the University of Nairobi, was caught in the act by the lady’s husband.

The person recording the dramatic video that has spread online like wildfire repeatedly refers to him as Boaz.

In the video, the enraged husband is heard asking his wife why she decided to humiliate him despite all the tribulations they have overcome together as a couple

The cheating wife, who was caught in the act, is still a student at Maseno University though she is married.

She has a  kid with the heartbroken man who caught her red handed being banged by a young man said to be a student at University of Nairobi.

The man had rented his wife a bedsitter away from the University's hostels to stay with their young child and instead of being faithful to her husband, she was bringing men to the house for sex.

In the video, the man sounds in deep pain when questioning his cheating wife why she brought a man to have sex with in a house that he pays rent.

To makes matters worse, they were having sex in the presence of their little kid.

Sources claim that the lady’s husband took their baby and left the two wishing them a better life together.
Watch part 2 of the dramatic video.