Chinese nationals caught caning Kenyan employee for reporting to work late sent to jail as their government abandons them!

Monday, February 10, 2020 - The Chinese nationals who were arrested on Sunday for assaulting a Kenyan employee have been remanded for three days to allow further investigations by police.

The four were arrested after a video went viral showing one of them canning a Kenyan employee who works at their Chez Wou Restaurant in Nairobi’s Kileleshwa Estate for reporting to work late.

It has also emerged that the perpetrator, Deng Hailan, does not have a work permit while three others who were arrested alongside him have expired Visas.

"The perpetrator, one Deng Hailan, a Chinese National who works at the hotel as a chef doesn’t have a work permit. Also arrested were two other chefs Chang Yueping & Ou Qiang who hold expired Visas. Chang holds a work permit but his compatriot doesn’t.

"Yu Ling, a cashier at the hotel holding a visitor’s visa but without a work permit was also arrested," DCI posted on twitter.

The eight Kenyans who work at the hotel recorded statements at Kilimani Police Station.

Meanwhile, the Chinese Embassy has condemned the incident and promised to throw their support behind the Kenya Police to ensure that the perpetrators are brought to book.

“We support the Kenyan police to investigate the whole issue thoroughly according to Kenyan laws. Whoever violating [sic] the law will face legal consequences," the Chinese Embassy posted on twitter. 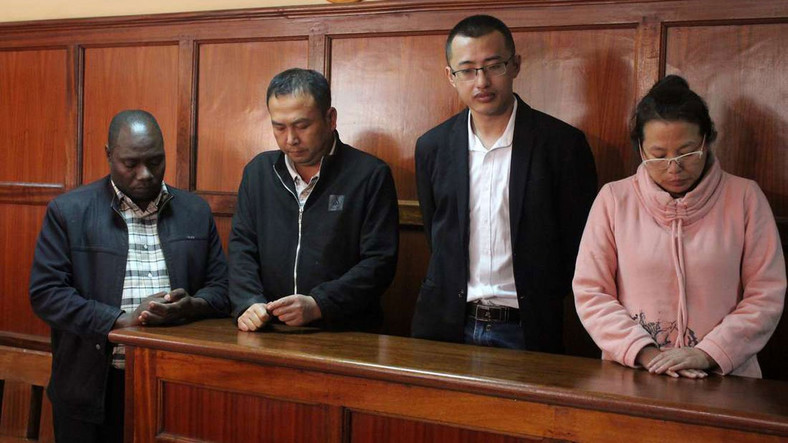