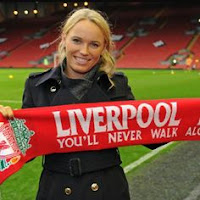 Tuesday, February 18, 2020 - There will be fireworks at the Estadio Wanda Metropolitano tonight when Atletico Madrid face off with Liverpool in the Champions League last 16 first leg.

Liverpool, who are the reigning European Champions are on course to win their first Premier League trophy since 1990. Go Here>>>

The Reds are unbeaten in the Premier League having picked a whopping 76 points from a possible 78.

On the other hand, Diego Simeon’s charges have struggled in the last few games having won just one of their last seven matches in all competitions

Atletico have been dumped out of the Copa del Rey and lost in the Spanish Super Cup final since the turn of the year, in addition to suffering league defeats to Eibar and Real Madrid.

This will be just the fifth meeting between these two teams in European competition.

Atletico progressed from their Europa League semi-final on away goals in 2010, while the two teams played out to two 1-1 draws in the group stages of the 2008-09 Champions League.

Liverpool are favorites on paper but Atletico Madrid are undefeated in the previous nine home games in the elite competition at home and we reckon that they will share the spoils in a scoring draw.