At last, RUTO gets a rare chance to view MOI’s body up close after being blocked severally by GIDEON! He had to accompany UHURU in order to view the body (PHOTOs)

Saturday February 8, 2020 - Deputy President William Ruto is among leaders who got a chance to view the body of the late former President Daniel Arap Moi which is lying in state at Parliament Buildings.

Ruto accompanied President Uhuru Kenyatta, who was the first to view the body of the late President, to Parliament before he got a chance to pay his last respects.

This comes after several attempts to view Moi’s body were thwarted by none other than Baringo Senator Gideon Moi.
On Tuesday, Ruto had gone to Lee Funeral Home to pay his respects to the late President but was blocked from viewing his body for unknown reasons, ostensibly by orders from the Moi family. 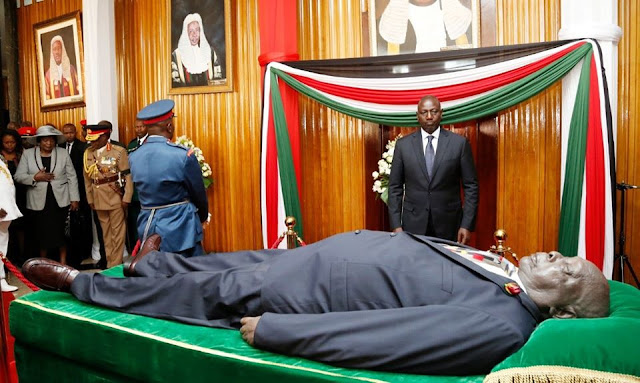 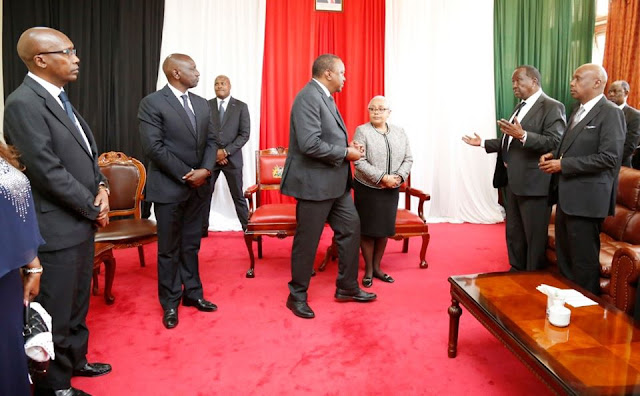 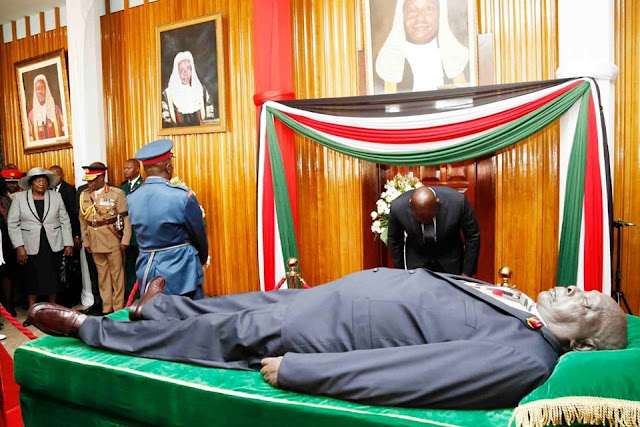 The DP has faced similar instances even when Moi was still alive as Gideon won’t let him anywhere near the retired President.

It is said that Ruto’s bad blood with the Moi family started in 2005 when the DP announced that he will vie for the Presidency.