WAITITU’s goose is cooked! JAMES NYORO to be sworn in as the New Kiambu Governor hours after WAITITU's impeachment!

Thursday, January 30, 2020 - Kiambu's Deputy Governor, James Nyoro, will be sworn in as the new Governor hours after the Senate impeached Ferdinand Waititu.

Just minutes after the Senate convicted Waititu on all three counts leveled against him by the County Assembly and voted to impeach him, the Government printer published a gazette notice acknowledging the removal from office.

The Governor was charged on three counts gross misconduct, abuse of office and engaging in corruption.
On Thursday morning, the Judiciary confirmed that High Court Judge, John Onyiego, would swear in James Nyoro as the new Kiambu Governor.

While Waititu is set to move to court to contest his impeachment, the courts may not save him this time since the matter would have been overtaken by events with the swearing-in of Dr. James Nyoro.

Preparations are underway at the Kiambu County Governor's office ahead of swearing-in of James Nyoro as Governor this morning to replace Ferdinand Waititu. 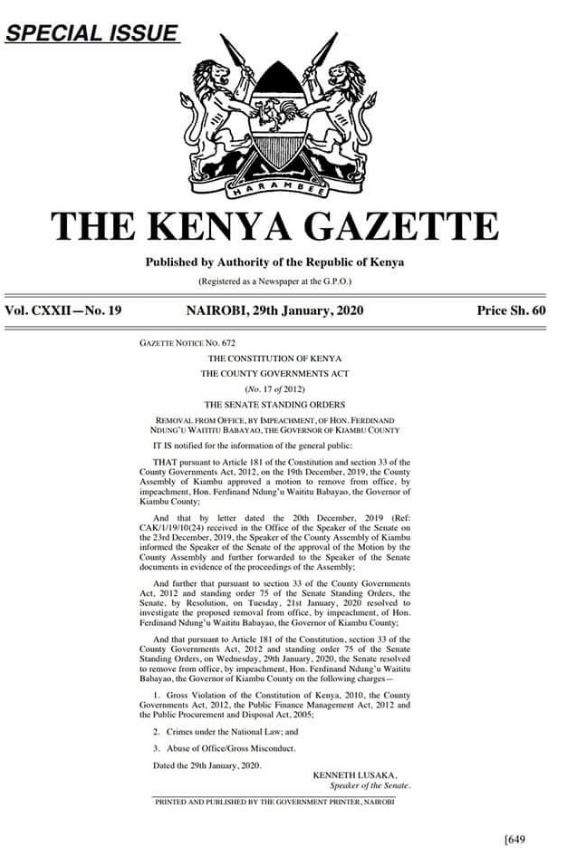 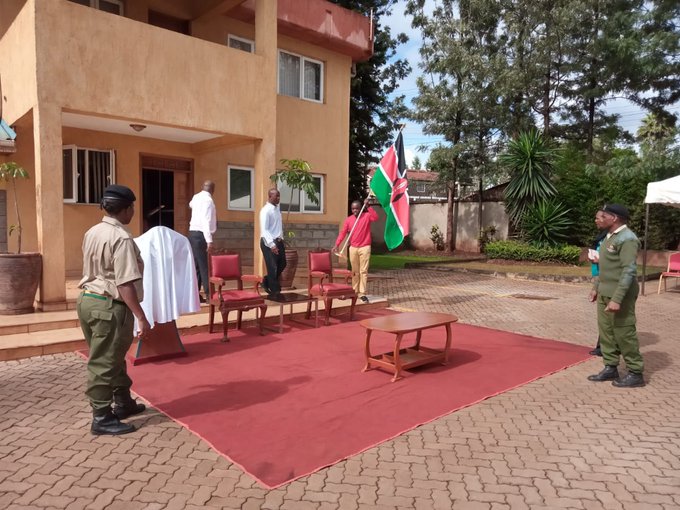