Veteran singer NAMELESS cries for help and reveals his wife, WAHU, has become stubborn after joining the ‘millionaires club’ (LOOK) 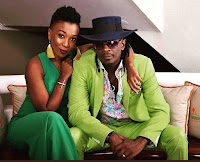 Tuesday, January 28, 2020 - Kenyan celebrities, Nameless and Wahu, have been married for over 15 years and they are still madly in love.

The two entertainers met in campus in the early 2000 and dated for some time before tying the knot in 2005 and their marriage is an inspiration to many.

However, it appears there is ‘trouble in paradise’ after Nameless took to Instagram to reveal how Wahu has become stubborn at home since she joined the ‘millionaires club’

The ‘Nasinzia’ hit-maker claims that Wahu has been giving him headache since she clocked over 1 million followers on IG and called on his fans to help him hit the million mark as well.
Sharing a loved up photo of himself and Wahu, Nameless wrote:

Responding to the post, Wahu wrote: “And 1.1m ndiyo hiyo round the corner.... but bado nakupendarr!”

Nameless is 25k followers shy of the 1 million mark. 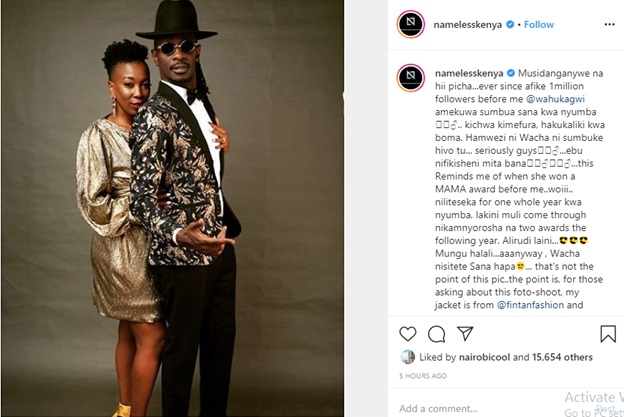