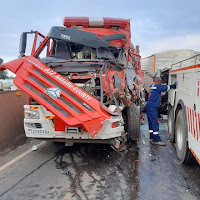 Wednesday, January 29, 2020 - Two people died on the spot in a gruesome accident along the Nakuru-Eldoret Highway.

The Wednesday morning accident involved a canter and firefighter truck that belongs to the Nakuru County Government.

According to Molo traffic boss, James Gatara, the canter, which was carrying maize, was traveling from Eldoret to Nakuru when the collision happened.

"This morning at around 5 am a canter lorry lost its brakes and hit the rear of a trailer. "
"Unfortunately, the driver of the canter and the owner of the maize died on the spot while the injured turn boy was rushed to the Molo GSU dispensary," said Mr. Gatara.

See photos from the scene below. 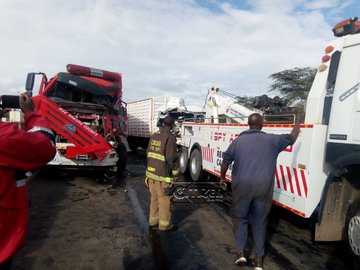 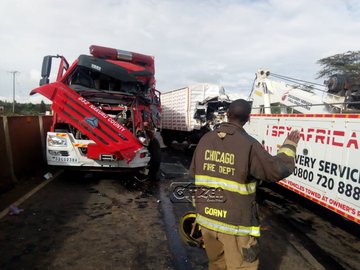 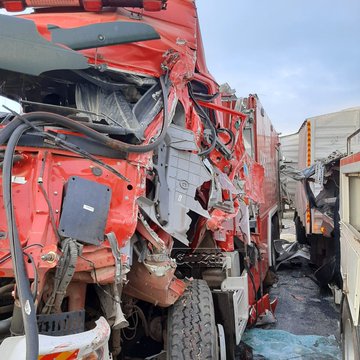 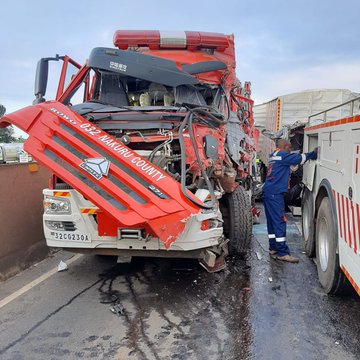