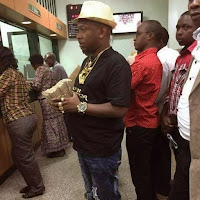 Sonko told a court in Nairobi that he is unable to provide for his family after his personal bank accounts were frozen as part of investigations into corruption allegations against him.

He further accused the Assets Recovery Agency of illegally freezing his bank accounts given that investigations were to last only 14 days.

"To continue festering these bank accounts of the applicant in the manner complained of itself is a violation of the constitution.”
"Having not been extended beyond the 14 days initially granted in December 2019, the said orders is a nullity and cannot be legally enforced having lapsed and ought to be vacated.”

“The Assets Recovery Agency is thus relying upon a non-existing and lapsed order to unlawfully invade and freeze the applicant’s bank accounts in breach of the constitution," the court papers read.