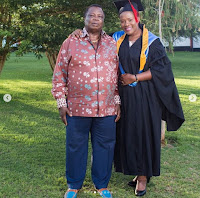 Wednesday, January 8, 2020 - This photo of COTU boss, Francis Atwoli, and his third wife, KTN news anchor, Mary Kilobi, is going viral for all the wrong reasons.

The Swahili news anchor recently earned her second degree and the photo was taken during her graduation.

Mrs Atwoli attained a Masters in International Studies from the University of Nairobi.

In the photo, the long serving trade unionist is seen posing with Kilobi who was donning a graduation gown.
However, hawk eyed netizens have noticed something strange with Atwoli.

A closer look at his trouser especially around the groin area, it appears like the outspoken trade unionist had urinated on himself. 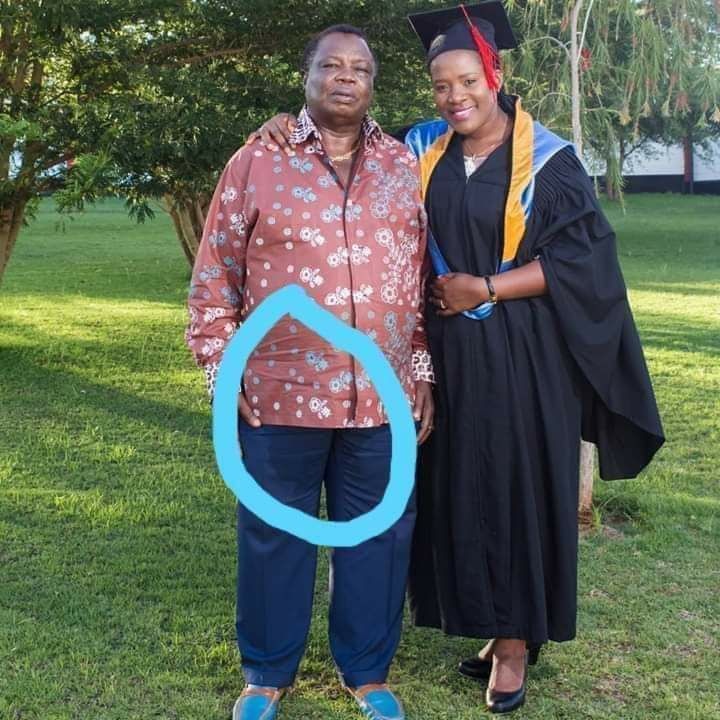