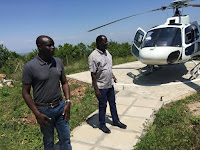 During his address, the President vowed to unite the nation through the Building Bridges Initiative (BBI) and his handshake with ODM party leader, Raila Odinga.

“Following BBI and handshake, I find it unfortunate that in the process of unifying Kenyans some people feel that they have been left out,” Uhuru stated.

He added that leaders who do not share President Kenyatta’s vision of uniting the country through his handshake with ODM leader, Raila Odinga, should not be in Government.

“Great Day for our Country.”

“Those who don’t share in Pres. Uhuru’s enhanced vision through handshake have no need being in his government, and those who do are coming on board.”

“A new nation - more perfect- is being crafted,” he said.