The last thing I remember is her going to pee - Man narrates what a PROSTITUTE he took to a lodging for SEX while drunk did to him – Nairobi ni shamba la mawe.

Friday, January 3, 2020 - A man has narrated how a prostitute he picked at a club in Nairobi’s CBD and took her to a lodging for sex around Ronald Ngala Street robbed him.

Apparently, the only thing he remembers is the sex worker telling him that she was going to pee before he passed out in bed.

After the drunk man passed out, the cunning prostitute stole from him and tried to escape but the lodging watchman cornered her at the reception before she walked out.

What followed after the notorious flesh peddler was busted at the reception by the watchman trying to escape will leave you cursing sex workers.
Next time you pick a sex worker, make sure you are sober.

Read what the guy posted narrating his nasty experience with the sex worker on a popular online forum. 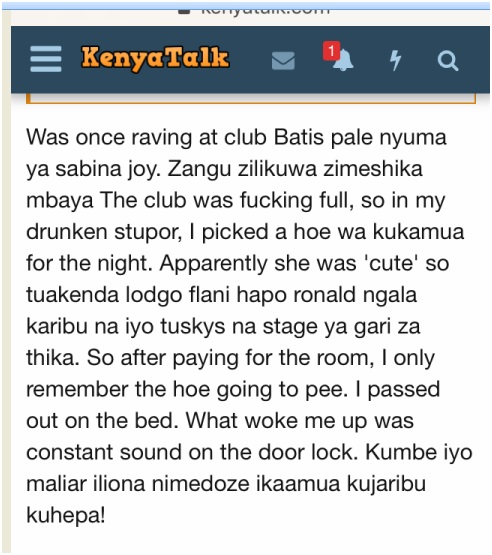 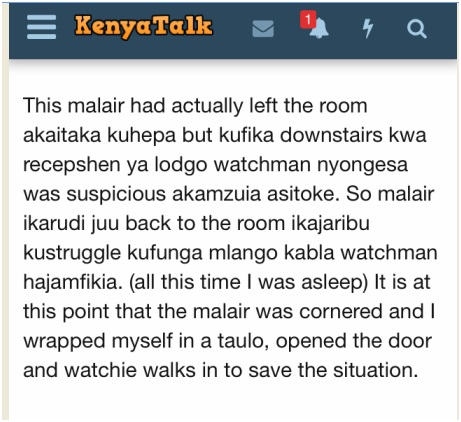 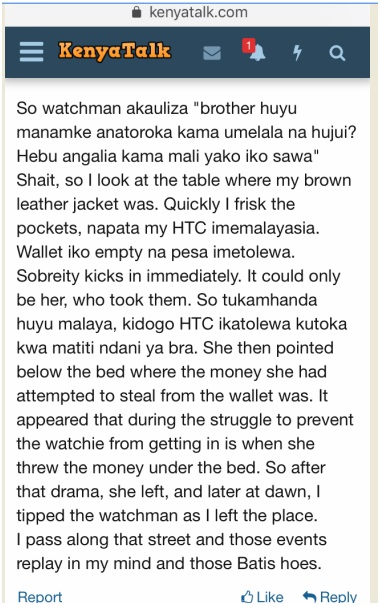