Shocking CCTV footage shows how Mr ATHMAN MOHAMED was abducted while coming from a mosque in Mombasa - His family fear he might have been killed by the dreaded ATPU (WATCH footage).

Saturday, January 25, 2020 - The family of Mr Athman Mohammed is crying for justice after their kin was abducted in Mombasa while coming from a mosque.

CCTV footage shared by Haki Africa, a human rights organization, shows Mohammed walking in a busy street while talking on the phone.

One man was reportedly holding a white cloth which is suspected to have been laced with drugs.

A white Toyota Landcruiser Registration number KCD 594 S then drives in front of him and immediately the Landcruiser stops, the two men abduct him and force him into it.

The car then speeds away.
Mohammed was abducted on January 16, 2020 (about a week ago) and since then, his family has not traced him.

It’s suspected that he was abducted by the dreaded Anti-Terror Police Unit (ATPU).

Here’s a statement released by Haki Africa concerning Mohammed's abduction  and the CCTV footage that shows how he was abducted. 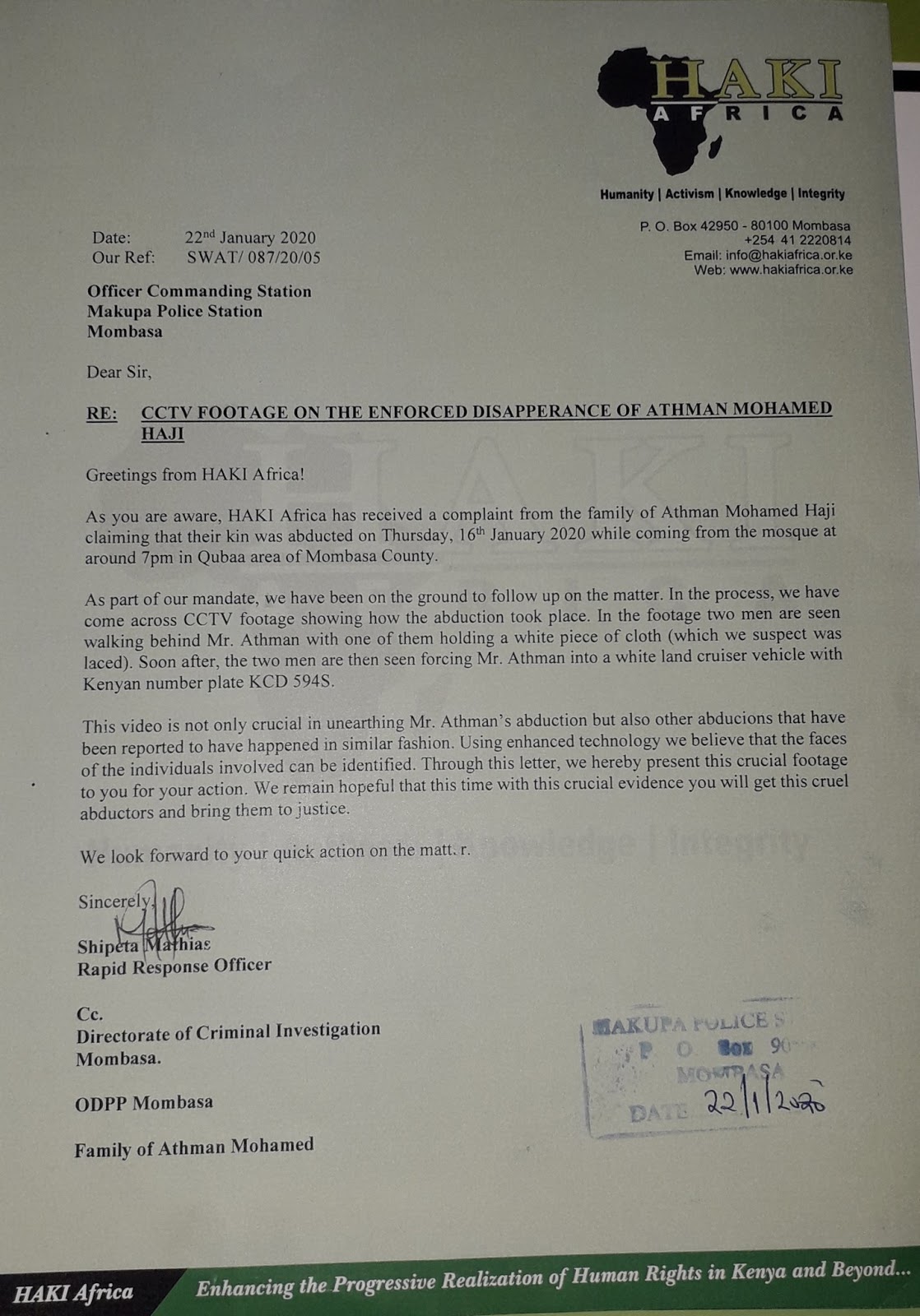 See CCTV  footage of the abduction.

Public Appeal on the Abduction of Athman Mohamed Haji

HAKI Africa is appealing to the public and any person with any information on the abduction of Athman Mohamed Haji to come forward and share the information with the police and/or our offices. pic.twitter.com/TfZr7mIuIC
— HAKI Africa (@HakiAfrica) January 24, 2020