Miguna took to social media yesterday to announce that he had lost one of his family members.

He disclosed that he had lost his father in-law, Benson Omolo Awange, at around 12:30 a.m. in Migori town.

While consoling with other family members, Miguna added that his father-in-law's death was sudden.

"My heartfelt condolences to my mother in law, wife, Jane, and Eunice, Ochieng', Gwayo, Judy and Awuor. May his soul Rest In Eternal Peace," he said.
Miguna's father-in-law passed on at a time the lawyer was planning to make his return to the country. 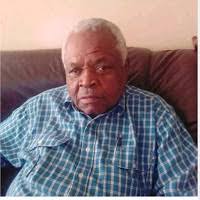 President Uhuru Kenyatta has already set the stage for Miguna’s return after he was controversially ejected from the country.

"I hear that there are those seeking to board an aeroplane to come back to Kenya to continue talking; let them come and shout but let's use the freedom of expression in a manner that will help Kenyans.

"Let us use the freedom to articulate issues to make the lives of ordinary citizens better," Kenyatta urged.