Septic tank killer, SARAH COHEN, spotted at her late husband, TOB COHEN’s grave yesterday – See what she was doing at the grave of the man she hated so much

Wairimu was spotted beside her Dutch tycoon's graveside as she laid a tombstone on the grave.

“I have today laid a tombstone at the grave of my late husband, Tob Chichou Cohen.”
“At a suitable time, I will hold a private ceremony to commemorate the laying of the tombstone as appropriate,” she stated.

In the photos, a bright white tombstone could be seen and suggests that it could have been recently finished. 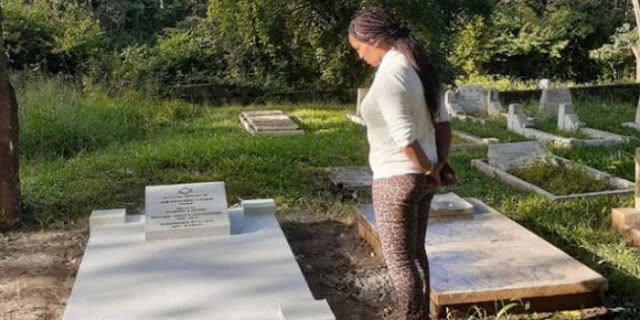 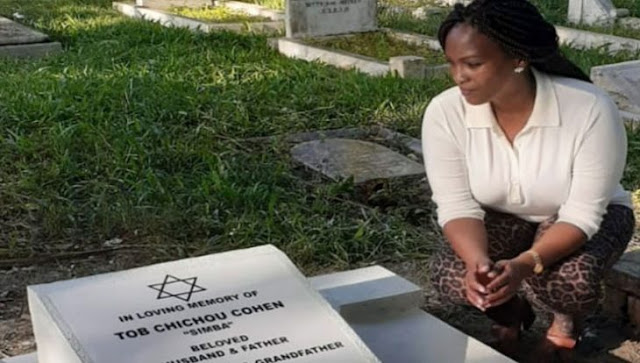 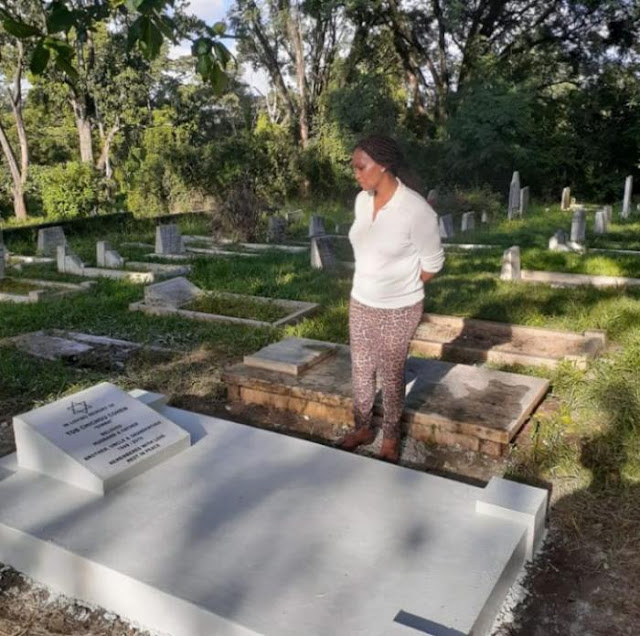 In the Jewish culture, it is common for families to have a ceremony around the viewing of the tombstone at the cemetery for the first time.

The event, which is called 'tombstone unveiling' takes place within a year of the death of the person.

After the Dutch businessman was buried in 2019, members of his family flew back to The Netherlands.

Wairimu's 75-year-old husband was interred in September 2019 after he was murdered in cold blood at their matrimonial Kitisuru home and his body dumped in a septic tank.

She is suspected to have murdered Cohen in cold blood.