The aircraft had a pilot and three tourists on board at the time it went down and they are all reported to have escaped unscathed.

Mashuru sub-County Deputy Commissioner, Stephen Nyakundi, confirmed the incident and said that the tourists and the pilot were in good spirits.

The cause of the mishap was not immediately clear.
See the photos below. 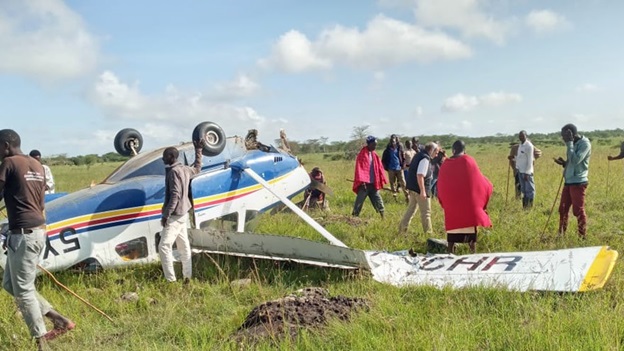 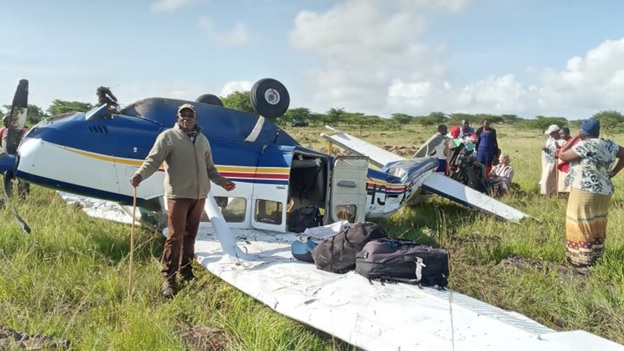 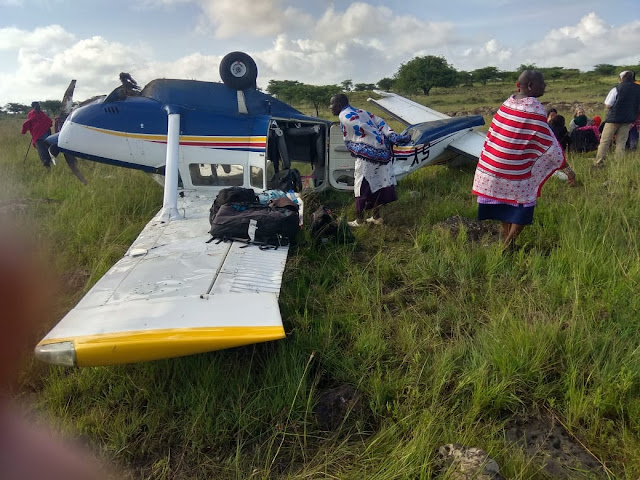