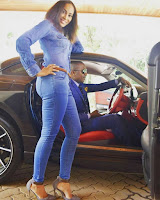 Mbogo said that he is fed up with Moses Kuria’s foul mouth and told him to grow up and stop hurling insults at the President and former Prime Minister.

He added that enough is enough and if Kuria continues insulting Raila and Uhuru, he will take the law in his own hands instead of waiting for the police to arrest him.

“We are not afraid of you Kuria.”

“Grow up and respect Uhuru and Raila.” He said.
The youthful politician also welcomed the recent Cabinet reshuffle and commended Uhuru for sacking Mwangi Kiunjuri, who he termed as a failure.