My boyfriend wants to marry a virgin after having SEX with me - Beautiful Somali LADY cries on social media! (LOOK) 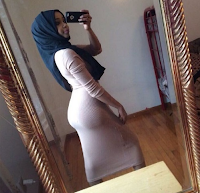 Sunday, January 26, 2020 - This beautiful Somali lady is heartbroken following an episode where her boyfriend dumped her immediately after having sex with her.

The lady took to social media to reveal that the guy coerced her to have sex before marriage which is against their culture then took off after hitting it.

The poor lass thought that the guy will marry her but she was shocked when he told her that he wants to marry a virgin.

This guy just wanted to hit and run and now the lady is devastated.
Check out her post and reactions below.