Wednesday, January 1, 2020 - Just like most people, Gatundu South MP, Moses Kuria, has made a number of resolutions as we start a new year.

The vocal politician took to twitter to reveal his New Year resolutions that include deactivating his social media accounts save for WhatsApp until 2021.

Kuria, who is known for his love for the bottle, also revealed that he will not partake alcohol throughout 2020.

The controversial politician has often appeared in TV interviews looking drunk and proceeded to make reckless and inciting remarks that have seen him spend a few days in police cells.
However, Kenyans are taking his post with a pinch of salt with some claiming that he came up with the resolutions while drunk. 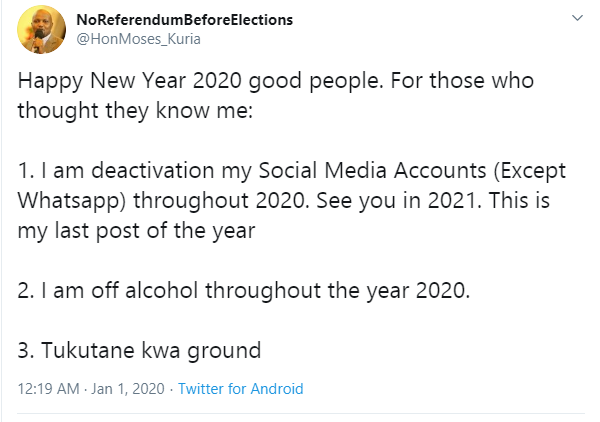 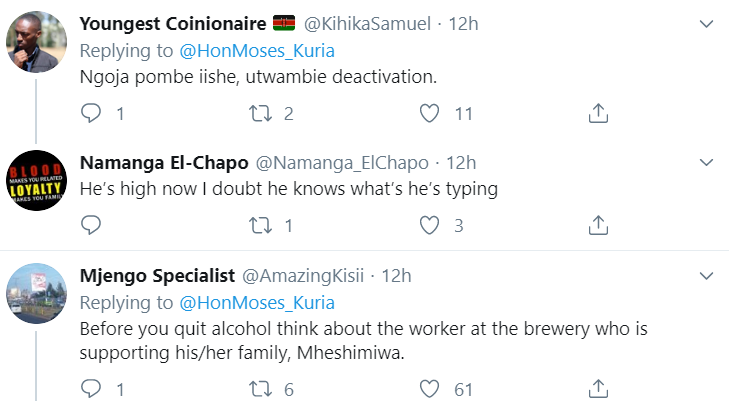