MIGUNA parties in Germany and vows to return back to Kenya and start a revolution (PHOTOs). 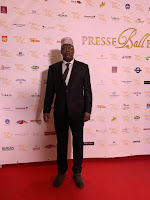 Sunday, January 12, 2020 - Self declared NRM general, Miguna Miguna, seems to be having the best time of his life in Berlin, Germany, where he is stuck after the Kenyan Government refused to allow him enter the Country by issuing a red alert to Airlines.

The Government, through its spokesman Cyrus Oguna, put it clear that Miguna must follow the right process if he wants to come back to Kenya.

He was ordered to apply for a new passport but he trashed the Government’s orders claiming that the court ordered for his unconditional return after he was deported under controversial circumstances.

As Miguna continues to fight for his return, he has assured his followers that he is in good health and he is still determined to oust the despots.

He was among the guests invited to the PresseBall in Berlin, a social dance event organized by journalists.

He wore an expensive suit and designer shoes and rocked the red carpet to take photos.

He even took to the dancefloor to enjoy sweet music.

Miguna shared the photos on social media with the caption, “At the PresseBall Berlin on January 11, 2020 as the “small man” continues to wait for despots to obey court orders and for justice to be done and to be seen to be done, ” signed off by his trademark hashtags #DespotsMustFall and #RevolutionNow 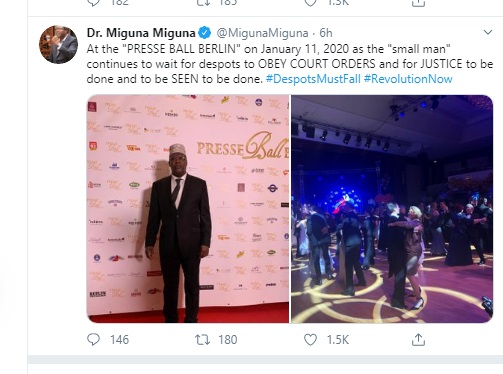 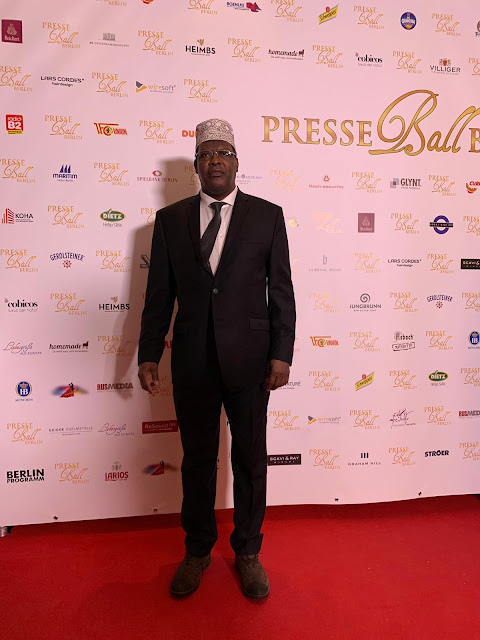 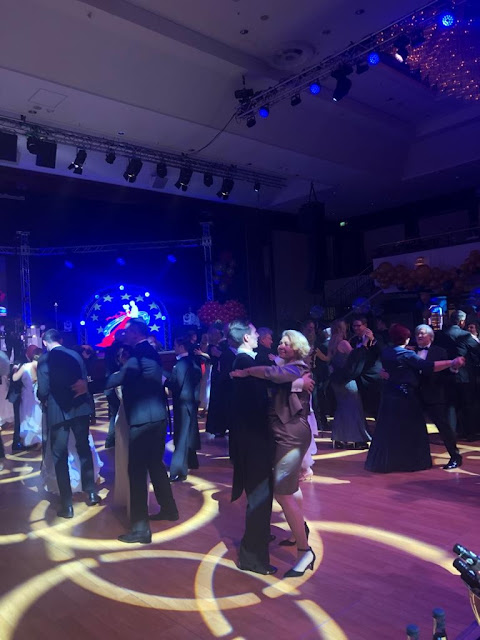 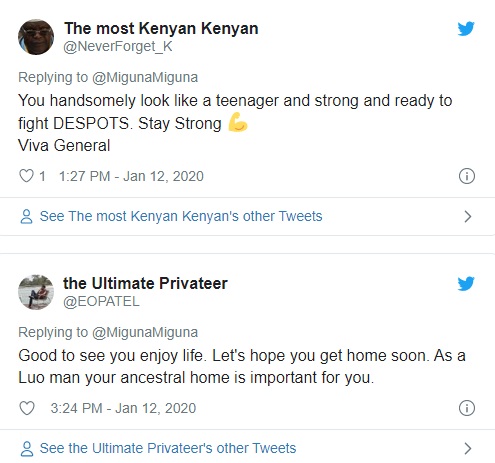 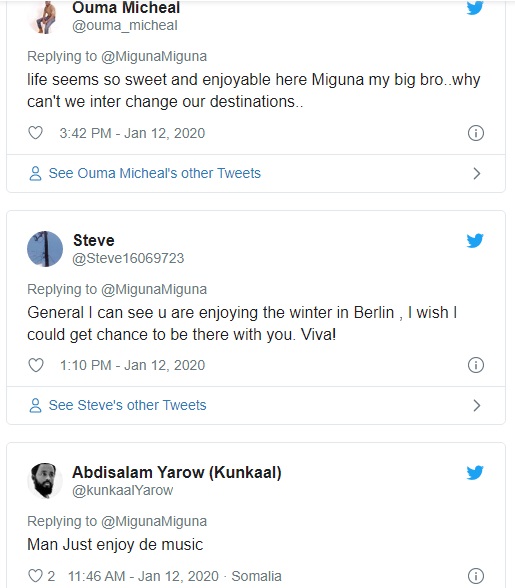 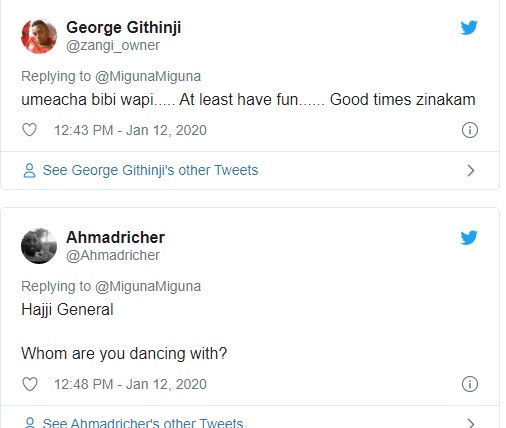