Monday, January 13, 2020 - Controversial lawyer, Miguna Miguna, has for the first time explained why he likes to refer to his critics as ‘zombies’ and ‘despots’ on social media.

The self-declared National Resistance Movement (NRM) general, said that the words were not meant to insult anyone and went ahead to explain their meaning.

“A despot is “a ruler who holds absolute power, typically one who exercises it in a cruel or oppressive way,” he explained.

‘A zombie is "a person who is apathetic, or totally lacking in independent thought and/or judgment. One who acts like a robot..." he added.
Miguna was expected to end his forced exile in Canada and return to the country on January 7th but was barred from flying to Kenya or any African airport after the Kenyan Government placed a red alert on him.

According to Government Spokesperson, Colonel (rtd) Cyrus Oguna, Miguna is free to travel back to the country but must acquire the necessary travel documents.

“His unruly behavior was seen to have the potential of threatening Category A1 Status of JKIA which took the country a lot of effort and work to achieve,” said Oguna.

Check out his tweets below. 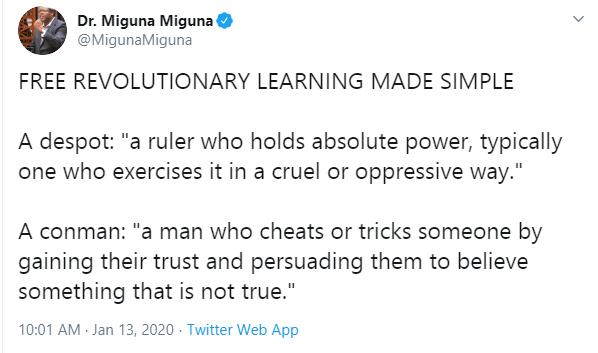 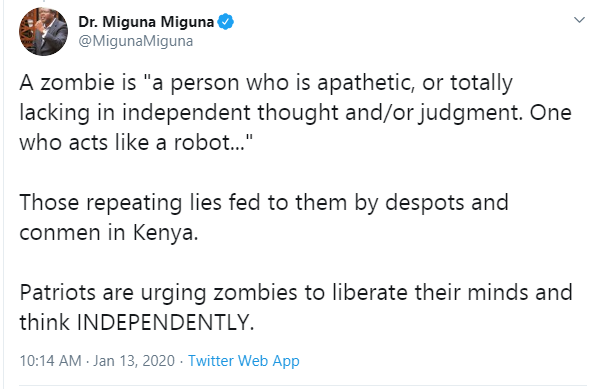