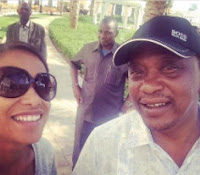 Uhuru and Raila met at Harambee House where they resolved to bury the hatchet and initiate a healing process where peace and tranquility will dominate the country in the coming years.

But on Thursday, Miguna, who is in exile in Canada, poked holes on the handshake castigating Raila Odinga for joining looters of public money.

Miguna also used an offensive word by saying that Raila Odinga has become a Mpango wa Kando to Uhuru when it comes to stealing.

“This was in 2016: Conman Raila Odinga said that the Jubilee Party regime - meaning Despot Uhuru Kenyatta and William Ruto - were the most corrupt in Kenya's history.”